Ludicrous election results in U.K. match those in Canada 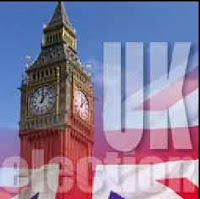 But unlike Canada, Britain may move on electoral reform

Meanwhile, the Liberal Democrats won only 8% of the seats, despite winning about 23% of the votes. As Liberal Democrat leader Nick Clegg said, it is “abundantly clear the electoral system is broken.”

“As ludicrous as Britain’s election results are, they are no worse than what we experience in Canada,” said Bronwen Bruch, President of Fair Vote Canada, a multi-partisan citizens’ campaign for voting system reform in Canada.

“The big difference is that Britain may well move forward on electoral reform, since both Labour and the Liberal Democrats, who together represent a majority of voters, are prepared to scrap the discredited first-past-the-post system. The Liberal Democrats are expected to demand action on proportional representation.”

Yesterday’s election in the U.K. follows the 2005 election in which Tony Blair’s Labour Party won a majority of seats with a mere 35% of the popular vote.

How bad are Canadian elections in comparison?

“In recent years we have had three provincial majority governments formed by parties that came in second place in the popular vote,” said Larry Gordon, Executive Director of Fair Vote Canada. “The current Liberal government in New Brunswick is an example – the New Brunswick Conservatives actually won more votes in the last election.”

Fair Vote Canada also pointed to these examples of electoral dysfunction in Canada:


“Pressure for electoral reform has been slowly building in Britain and then the MPs’ spending scandal blew the lid,” said Gordon. “Plus, Nick Clegg, the third party leader has said electoral reform is a condition for supporting a new government. A similar mix of conditions may be building in Canada – we can only hope since Canadian voter turnout is dropping as people walk away in disgust from our dysfunctional system.”