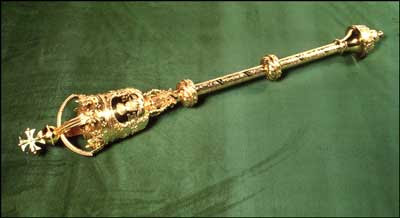 Next week, the speaker of the House of Commons will make a landmard ruling about which group holds the real power in Ottawa, the collective Members of Parliament or the political party that has formed government. This is a particularly important issue when the party in power is in the miniority. and when that government is controled with an iron fist by the Prime Minister's office.

Peter Milliken has ruled on hundreds of points of privilege since he was first elected speaker of the House of Commons. He has held the position for almost a decade now but none of his decisions may be as importantas the ruling he hand down next week as part of the struggle between the opposition parties that collectively hold the balance of power and Stephen Harper's minority government.

After months of stonewalling by Harper's Government and being completely stimied in their efforts to get their hands of documents relevant to the transfer of prinoners in Afgahanstan Canada's opposition parties which, after all, form a majority in the House, passed a motion in December ordering the government to release unredacted versions of documents concerning the treatment of detainees in Afghanistan. The government refused and the opposition, collectively asked the speaker to find the government in contempt of parliament.

What ever happens next week however will not be the end of it so, don't expect the government to hand over the documets any time soon. As understand it if the Speaker rules in favor of the motion, which would be the first such ruling in our history, the issue then goes back to government committee, which may then bring it back to the House of Commons for a final vote. Some suggest that even the Supreme Court might get involved no matter which way he rules and of course a ruling in favour might just mean an spring election.

The vision of Stephen Harper wrapped in the Canadian flag, out on the hustings self righteously preaching that he is just trying to protect our brave Canadan soldiers who are putting their lives at risk, trying to bring democracy to Afghanistan ,from the reckless actions of the opposition parties already is starting to turn my stomach.

No matter how the issue got before the Speaker or how you feel about the Canadians military's cavalier attitude about handing prisoners over to be tortured, this issue is bigger than that. The struggle between kings, queens and prime ministers and Parliament isn't new but it is pretty fundamental to our democracy.

If the Speaker rules in Harper's favour, it will crystalize the power in the PMO and this government wrapped in a cloak of secrecy, one elected by considerably less that a majority of Canadians, bouyed by their new found power will most likely move this country even further to the right.