When the Government is afraid of truth, we should be very afraid. of them 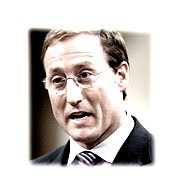 What most reasonable Canadians have to be asking this week is "What possible reason would Canadian diplomat Richard Colvin have in speaking out to the Parliamentary Committee, except to let Canada know the truth about our nation's complicity in the torture of Afghan prisoners."

Our government has done everything it can to prevent this truth from surfacing at all. They have interfered every step of the way in in an effort to stop Colvin and others from testifying, even going so far as to threaten legal action if they did.

If the Harper government and the Canadian Forces have noting to hide, we should be asking, what is this government afraid off.

Colvin is obviously a very brave man. His actions will undoubtedly stop any chance of advancement he might have had within the diplomatic corps.

I don't think I have ever in my life been so ashamed of my government as when I heard the Conservative Party members respond to Colvin's testimony. From Defense Minister Peter McKay on down they tried, unsuccessfully to undermine his credibility and to question his motives. Even that tired old war horse Rick Hillier got into the act.The manner in which it was done cheapens the process.

The crass braying from Harper's donkeys was no match for Colvin's quiet, articulate and through testimony however. What he had to say rang true and was very disturbing. .

This is a sad day for Canada.