Anything that gets Andrew Coyne this riled up can’t be all bad. 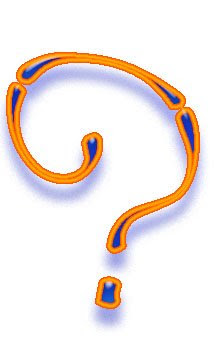 I confess that I don’t know a hell of a lot about economics but you do have to wonder how this government, which was saying just weeks ago that they would not go into deficit could have got it so wrong. I’d have to say, so much for Stephen Harper’s skills as an Economist. Today before a penny is spent on stimulus the Department of Finance was saying we have already accumulated a $15 billion deficit.

These guys made a big deal about tax cuts although I never understood the logic in planning to bring in less money as you are substantially increasing spending. Tax cuts? I am not sure what the government gave us back in tax cuts amounts to much more than a fiddlers fart.

This budget is supposed to be all about stimulus yet I am not sure they have done the right things. So much is so complicated that most people, even the economic pundits can figure most of it out. Cities will have to go through more hoops before any money flows for infrastructure projects and really we need to get some of these projects moving as soon as we can.

Even the Saskatchewan Party is complaining about this budget and believe me that is something almost unheard of. Evidently Saskatchewan didn’t get access to nearly enough of the money they need and expected. Brad Wall has always told us his new cuddly relationship with Harper will pay off for Saskatchewan. Apparently he was wrong.

The Conservatives are boasting that they added another five weeks to the Employment Insurance payments at a cost of $1 Billion. Before they pat themselves on the back too hard, we have to remember that there is something like a $65 Billion surplus in the fund, paid for by employees and employers. They could have done a lot better.

So what have we got?

I’m not sure what it is but, I expect that we are going to be paying for it for years. Frankly, I hope I am wrong but don’t think this budget will do what this government hopes it will. I hope Canadians remember some of these last few months come Election Day, although I doubt they will.

For people looking for a silver lining however, anything that gets Andrew Coyne this riled up can’t be all bad.