Pirates? This ain't About Jack Sparrow 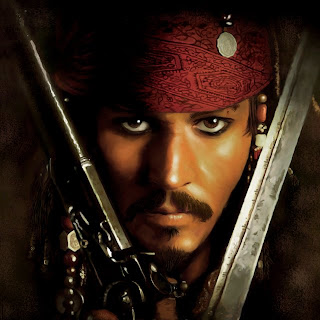 Pirates are all in the news this week. In some ways it is a refreshing change from the mounting death toll from our hapless “mission” in Afghanistan, the continuing atrocities in Darfur or the economic meltdown.

Piracy is something North Americans can understand after all weren’t we all raised on books like Treasure Island so; don’t we all have a soft spot for guys like Long John Silver? Why else would we all tolerate the rogue bankers who have plundered our economic system as if it was their own private Spanish Main. But there I go again...back to the real pirates.

These Somali pirates operate very much like Red Beard did in the good old days. There is a friendly “wink, wink ,nod, nod” tolerance by their own government, such as it is. For a change we aren’t dealing with ideology we can’t comprehend. These guys aren’t saying “Death to America.” They just want money. This is all about greed. We North Americans have a pretty good understanding of that motivation. The real question seems to be how do we deal with it?

The western nations are all wringing their hands trying to find ways to stop these guys. Some have sent a token number of war ships but they seem unable or unwilling to move in and stop things. The exception seems to be India whose warship blew one of the pirate vessels out of the water this week. The shipping companies are paying out huge ransoms and the pirates are getting rich and getting used to the lifestyle. The pirates are spreading the wealth around. There is a construction boom in Somalia. It is like a job creation program.

I don’t think the solution is as complex as the international security pundits claim. The area which has to be protected isn’t all that large considering the challenge our nation faced during the Second World War keeping the North Atlantic shipping lanes open.

I propose what seems to me to be an obvious solution.

Nations, depending on keeping the shipping lanes open, must increase their naval complement in the area. A United Nations coordinated naval fleet, large enough to make a difference and willing to take action against pirate mother ships should be established. With the existing sophisticated satellite tracking systems, it can’t be all that difficult to track these guys.

Instead of traveling alone the shipping companies should form the merchant ships and tankers into convoys. Those convoys should travel protected by the increased naval presence.

Once things are stabilized, nations can then begin to help the Somali government re-establish some order on the ground. Without a continued source of new income the piracy game will crumble.

If the UN General Secretary Ban Ki-moon wants more advice, he should give me a call.