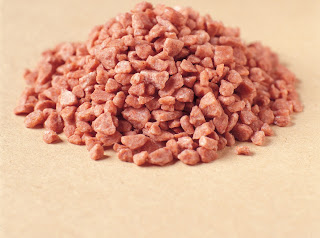 Little Stevie must be in a bit of a quandary over the Saskatchewan position on the proposed takeover of the Potash Corporation of Saskatchewan by the Australian firm BHP Billiton. The Saskatchewan government has been acting a bit like a banana republic in their in backroom talks with BHP trying to squeeze a few extra bucks out of the company but their demand of $1 billion dollars and hundreds of millions of dollars in infrastructure money, was a bit rich. These guys are very large global players and one suspects that Brad's small town negotiators were much of a match. This isn't much like making a deal in Swift Current.  Billiton walked away from the table.
Now Harper and his gang of thugs in Ottawa (well mostly Harper really) have to decide if they will continue with their policy of openness to foreign investment or, if they will ignore their policy in favour of supporting what Brad Wall calls his “special relationship” with this Conservative government.
Now truth be told, this issue of foreign ownership when it comes to Potash is mostly bullshit anyway. As Wall well knows, that horse left the barn years ago.
Why pretend that these are Saskatchewan companies anyway? A bit of honesty would be refreshing here.
Right now Ralph Goodale, Saskatchewan’s only Liberal MP is getting great mileage out of the events saying that  if Harper doesn’t act on the Saskatchewan request and reject the BHP effort  they “...do so at great peril” ,also noting that if the government goes along with Wall’s request it puts Harper’s investment strategy into a tailspin.
The great herd of Saskatchewan Conservative Members of Parliament are not surprisingly, very  quiet about it all. But, no one ever expected for MPs like Tom Lukiwski  to speak out for his constituents before he was absolutely certain which way the wind was going to blow.
Historically Harper never really gave a damn about Saskatchewan anyway. We remember the broken promises on transfer payments. He never saw a problem with welshing on that promise and nor did his lackey Saskatchewan MPs.
It will be interesting to see what happens.
Posted by .Gord Hunter at 10:05