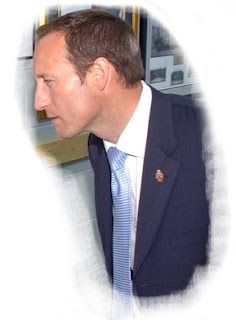 I have been intrigued by the coverage of the scandal in Ottawa over the exchange of Afghan prisoners by Canadian soldiers to the Afghan authorities where many were apparently subsequently tortured by Afghan secret police.

Here in Saskatchewan, a veritable hotbed of right-wing Tory support you would hardly know there was an issue at all considering how little coverage appears in the local media. I get the sense that the editors at the Leader-Post buy into the crap pumped out on a daily basis by Harper's spin doctors. You know all that stuff they say. "Taliban Jack and that anti Semite Ignatieff are just being unfair to young Peter McKay. Peter never, never even heard about torture and neither did those nice generals."

I thought therefore I should include part of a Canadian Press story which was issues earlier today in Ottawa.

OTTAWA — Federal officials assured the Red Cross in 2006 that Canada would take an active role in monitoring the fate of Afghan prisoners -- but for critical months behind the scenes did little more than manage the political spin, secret memos show.

The records, examined on a confidential basis by The Canadian Press, show the Harper government placed a greater emphasis on drafting "key messages" to the public and preparing "approaches" for embarrassing disclosures than on dealing with the human rights of prisoners.

Throughout 2006, when Canada took on its combat role in Kandahar, the International Red Cross pressed Ottawa to take more responsibility for prisoners captured by Canadian soldiers.

At the time, federal officials were receiving warnings about torture in Afghan prisoners from Canadian diplomat Richard Colvin. The Red Cross also met directly with a military lawyer, an RCMP officer, as well as another foreign affairs staffer in Kandahar.

The first step in trying to solve this problem was to get the spin doctors working. It goes on. You can read most of the story at the CTV site by following this link.

This government makes my head hurt.

I'd say. "Time for an election" if the Liberals actually had a leader.
Posted by .Gord Hunter at 08:19