Globe & Mail off Base on George Baker's Comments 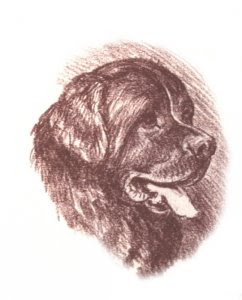 I confess that I am a big surprised by the brouhaha around Senator George Baker's comments this week. Baker has often been a bit too liberal with his response in situations, particularly when he thought his home province was getting the short end of the stick. In an earlier life as a Liberal Cabinet Minister, Baker was someone the media went to when looking for a colourful remark.

Frustrated by the current Government's treatment of Newfoundland, George told St. John's radio listeners Monday that "People will be advocating, you know, that we can't remain in the confederation in which we are discriminated against and not respected for the great contribution we make." he didn't back away a few days later on CTV suggesting that Newfoundlanders form their own separatist Party.

Baker, along with Danny Williams and I suggest the majority of Newfoundland are fed up with Harper's treatment of their Province.

Now the Globe and Mail's editorial writers have their nickers in a knot with a headline which screams "Intolerable in a National Party" and Stephen Harper is suggesting that the Liberals should kick him out of the party.

Hang on a minute. It wasn't so very long ago that Stephen Harper, as the head of the National Citizens Coalition, (A lobby group for extreme right wingers) was stirring up dissent in Alberta with his Alberta Manifesto advocating building a firewall around Alberta.

So little Stevie should just back off before more people remember some of his past statements.

The Globe & Mail should take a vallium and

I say "Right on George" we need someone like you here in Saskatchewan who will speak out when the Government breaks their promises. (Pamela Wallin, I hope you are lsitening)
Posted by .Gord Hunter at 08:20